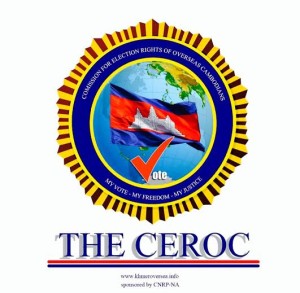 Personally, I can say, I have permanently lived in Canada which is sharing the same moment with many Cambodian-Canadian friends, while many other Cambodians have permanently lived in the United States, Australia, French and Norway etc. Those have always regarded Cambodia as their beloved motherland. Their home mesmerizing doesn’t only express through emotion but engaging in larger activities such as donating money, organizing event to fundraise for social charity, preserving tradition and culture, spreading the value of Khmerness to local mainstream people, involving in human rights campaign, spreading democracy principles, and participating with Cambodia political forums etc.

According to the database of the United Nations, in 1993 there were 360,000 Cambodian people were granted permanent status to live in foreign countries to refuge from war. During these 20 years, we can recalculate that there are approximate 450,000 to 500,000 expatriate Khmers living permanently abroad. Cambodia Daily reported on July 3, 2013 that there were almost 600,000 Cambodians working abroad lost their opportunity to cast their ballots. The report wrote that there are 500,000 legal and undocumented Cambodian workers in Thailand, 50,000 in Malaysia and more than 30,000 in South Korea.

The World Bank and the International Fund for Agricultural Development reported that Cambodian migrant workers in 2012 were estimated to have sent home $256 millions in remittances. Plus those Cambodians permanently living abroad have sent money back home to support aged parents, families, charity and to manage an investment, are not less than $250 millions per year. Nonetheless, researchers have found that diasporic communities helped shape policy and sometime constructed a permanent positive change of their home country. The wave of diasporic force has emerged since 100 years ago and it has furthered to present day. Some countries such as India and the Philippines, diasporas helped them to boost socio-economy through huge amount of remittances. For countries such as Israel and Armenia, regarded their diasporas as strategically vital political assets and they are the hope and the catalyst of change for their political affairs.

For Cambodia, since the ravaged war caused by the proxy wars of the cold-war, the expatriate Khmers have played important roles in revitalizing this nation. Many dedicated individuals have become important democratic leader and Members of Parliament. Those politicians have visibly brought with them the soft skills and the sense of unalienable belonging to their motherland. Cambodian diasporas have helped behind the scene of creation of Paris Peace Agreement and the crusade to pull out all foreign domination over Cambodia. Strong democratic party such as Sam Rainsy Party that has evolved into Cambodia National Rescue Party at the present has relied on the donation and participation of the Khmer overseas.

In conclusion, Khmers overseas have actively participated in nation-building of Cambodia in all fields especially social, political and economic. Often, the ruling political party of Cambodian People’s Party has had a confrontational mindset towards the Khmers overseas in which this sentiment has made huge mistake as the Khmers overseas have brought in foreign currency to boost the development of country economy in one way in. In contrast, many elites of the Cambodian People’s Party have capitalized all national resources in one way out to boost their own riches and to deposit those money in foreign bank accounts, for instance. As Cambodia is one of the few countries of the world that is relying on foreign aids and loans to develop its economy, the cash currency sending from Khmers abroad are substantial proportion to help economic development of this nation.

Hence, the Cambodians overseas are organizing a concerted effort to collect petition to reflect their expression of love and caring to their motherland, which is not by donating money solely, but by requesting the United Nations (UNs), the political parties that have seats in the parliament, and the involved stakeholders, to include them in the current ongoing agenda of Election Reform negotiation “the full rights to vote” in the national election of Cambodia. For further information, please write to petition@khmeroversea.info or sign the petition online at www.khmeroversea.info 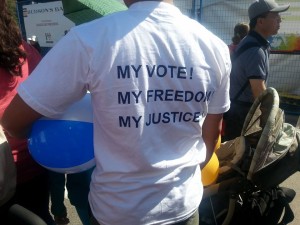 The advocacy prioritizes on effective participation from all stakeholders and individual Cambodian overseas. For communities, we have Cambodia National Rescue Party of North America (CNRP-NA) has incorporated with all chapters throughout North America to collect petition, Buddhist temples and their communities, associations, and other entities.

The collected petitions will be submitted to the United Nations (UNs), the Cambodian political parties have seats in the parliament, and the NGOs that is advocating for Election Reform.

CEROC is outreaching to all major cities throughout the world that many Cambodian workers and permanent settlers are residing in.

The means of petition collection are through papers in both Khmer and English version, and online website of www.khmeroversea.info 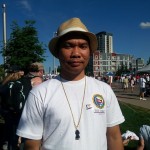 I WOULD LIKE TO KNOW WHO IS THE MOST BENEFITIAL? CA, USA.

Thank you very much for volunteering with us.

Regarding your question, the right to vote in Cambodia elections for Cambodians overseas will benefit Cambodia greatly.

Dear CEROC,
Should you have posts and tags be written in bilingual?
It would be easy for our Khmers who can only read in monolingual.
It is just a feed forward.