The text does not specify how this would work if more than two parties won seats.

The parliamentary standing committee will be responsible for “transparently” preparing the composition of NEC members to be voted on.

In the event that the vote fails – the CPP still holds the required majority of 50 per cent plus one, which it needs to block it – the “old composition” of the NEC would remain.

The National Assembly yesterday voted to amend the constitution and add new chapters that will enshrine an overhauled National Election Committee made up of members from both the ruling and opposition parties.

All 120 lawmakers present voted for the changes, the main points of which were agreed to in July when the ruling Cambodian People’s Party and opposition Cambodia National Rescue Party reached a deal that ended a year of post-election deadlock.

The NEC has long been castigated by the opposition and civil society groups as an institution beholden to the CPP, and it is hoped that the changes will provide an even playing field for the next national election.
END_OF_DOCUMENT_TOKEN_TO_BE_REPLACED 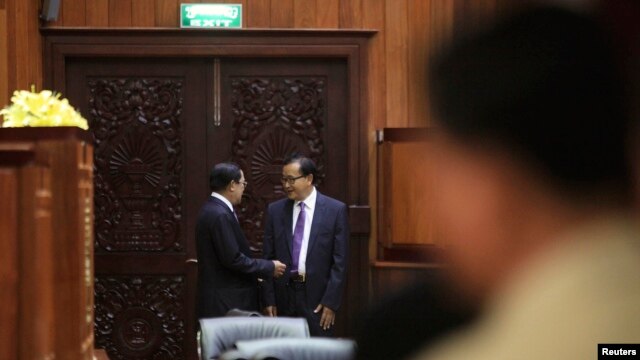