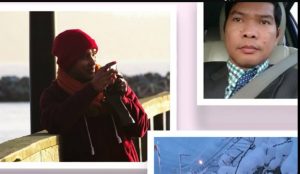 Dejkun SarithRadio program conversation about “rights to votes of Cambodians overseas” between Venerable Idhisaro Sun Sarith and Mr. Sophoan Seng who is the President and Founder of The CEROC or Committee for Election Rights of Overseas Cambodians. The program is broadcasted by CMN Radio every Wednesday. Part 4

Political Paradigm of Pragmatism from the Khmer Youth part 72

This part (72) broadcasted by CMN Radio on August 08, 2016, Mr. Sophan Seng articulated on denial of NEC to open special registration date on Pchum Ben Day proposed by CNRP as well as facilitating good accessibility for migrant workers and overseas Cambodians.

Political Paradigm of Pragmatism from the Khmer Youth part 71

This analysis part (71), Mr. Sophan Seng analysed on the Cambodian voters who are not having citizenship identification ready for voter registration. If they missed to register for vote, they shall miss opportunity to vote in upcoming commune election on June 4th, 2017. 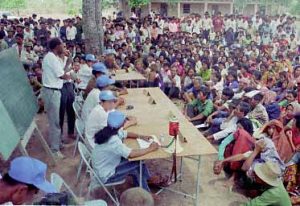 National Election Committee (NEC) announced on preparation of voters registration dated between September 1st, 2016 to November 25th, 2016. Ministry of Interior who is responsible for issuing citizenship id said that there are more than 2 millions are not having proper citizenship id and observers are worrying that those are fallen into the old mechanism of doubles names, disenfranchisement, and missing names etc.

Political Paradigm of Pragmatism from the Khmer Youth part 68 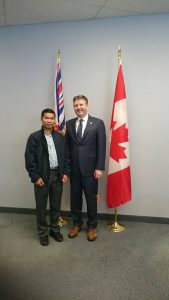 This part (68) was broadcasted on June 06, 2016, Mr. Sophan Seng described on his effort to lobby Canada’s government to support Cambodians overseas especially Cambodian-Canadian citizens whose campaign for rights to vote in Cambodia elections must be endorsed.

Through meeting with MP Kennedy Steward who is Burnaby caucus chair of NDP’s opposition party, Kennedy delightfully endorsed by accepting signatures and make a speech out loud to demand for collective support in the Parliament Hill of Canada in the next parliamentary session of commencement. 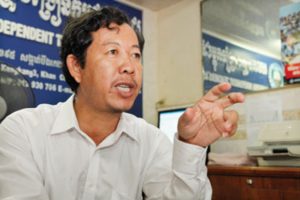 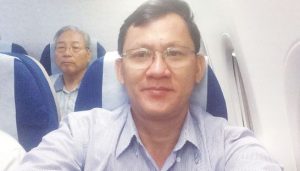 Political Paradigm of Pragmatism from the Khmer Youth part 65 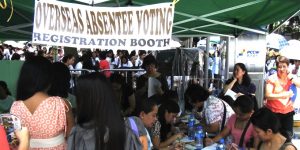 This part (65), Mr. Sophan Seng described and appreciated the recent Philippine election in which Filipinos overseas increasingly voted during this time.